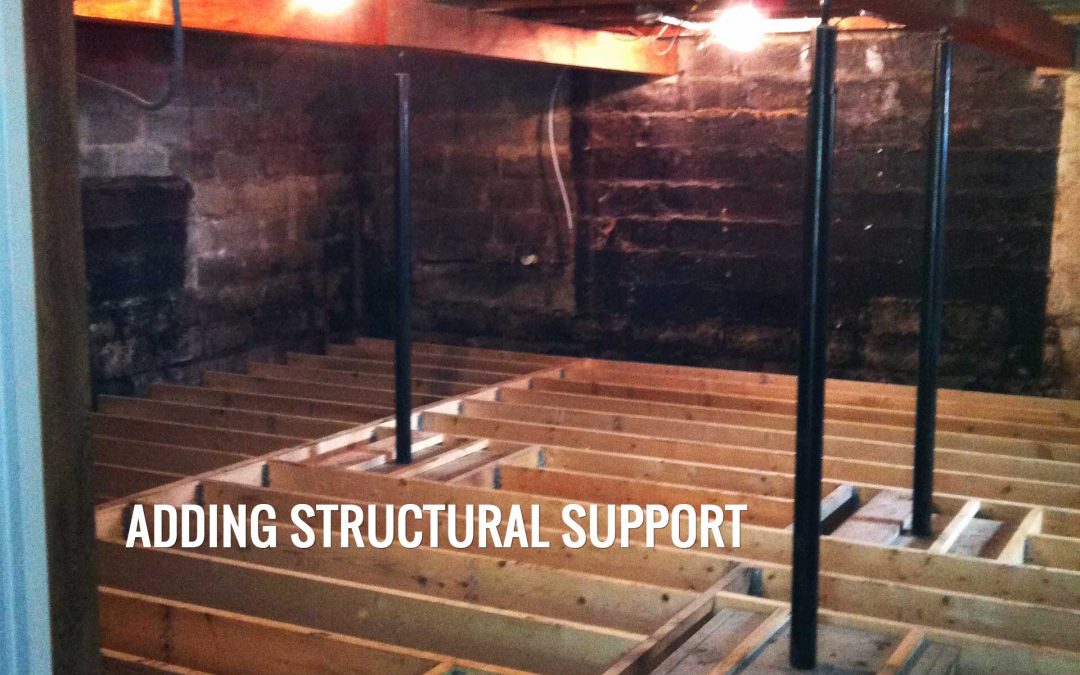 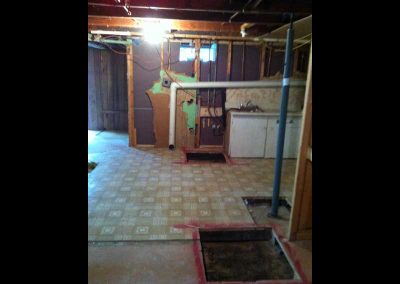 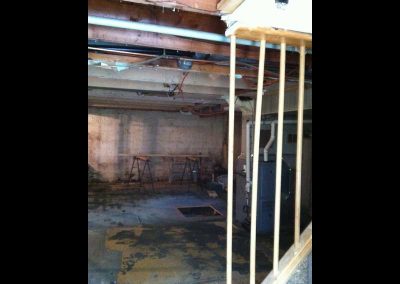 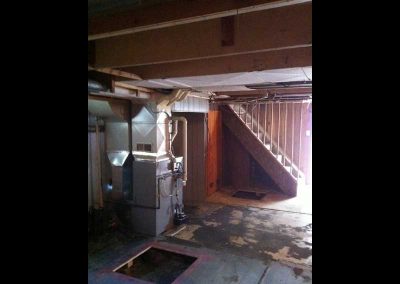 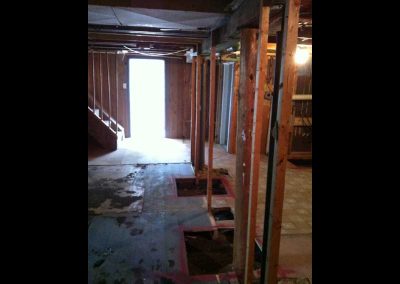 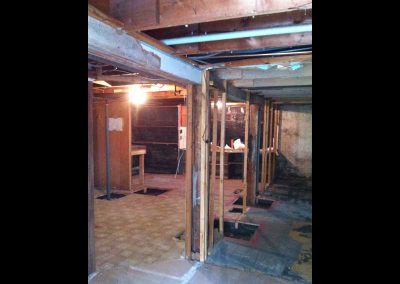 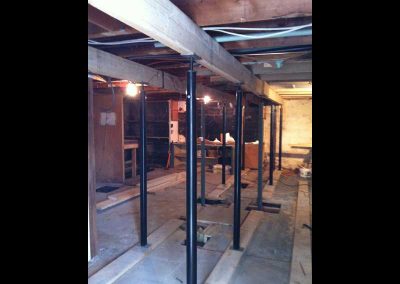 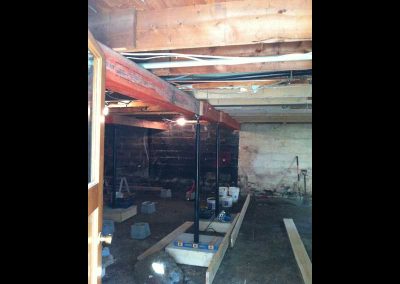 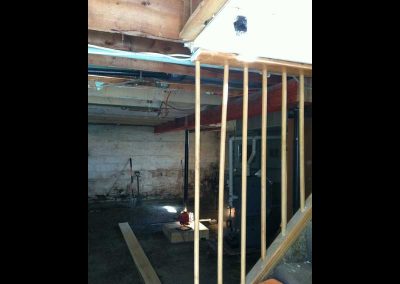 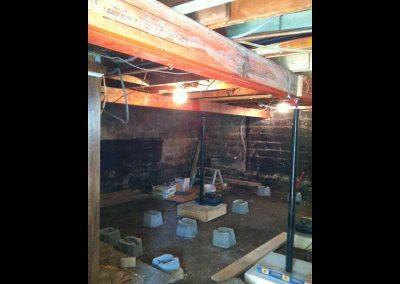 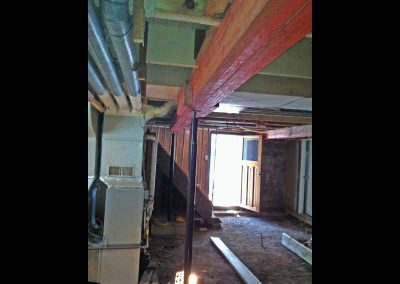 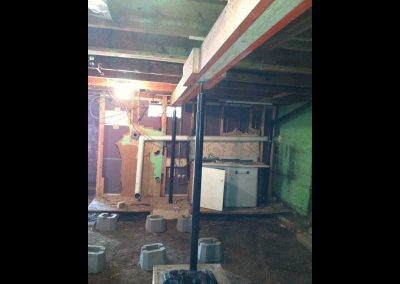 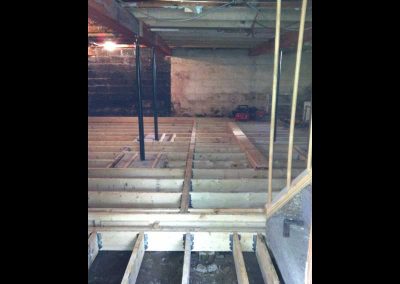 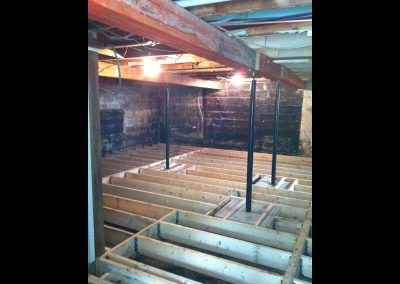 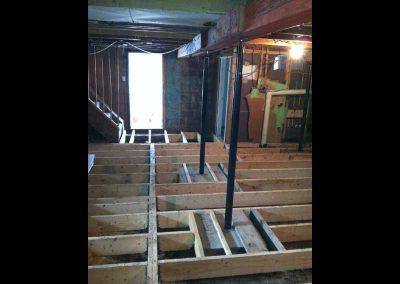 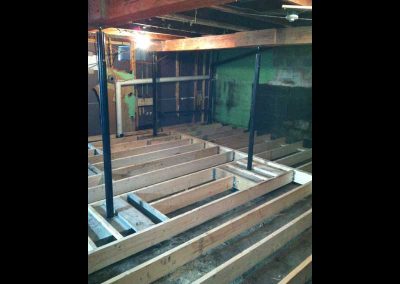 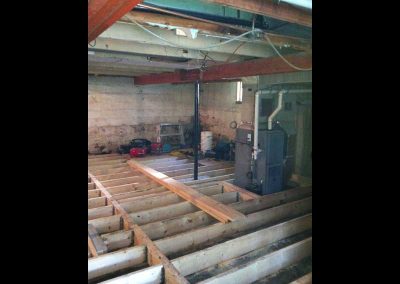 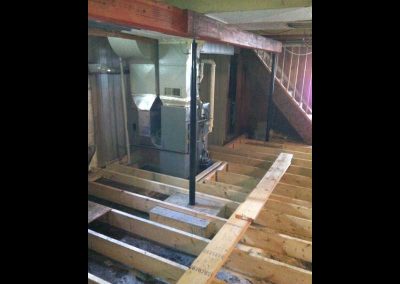 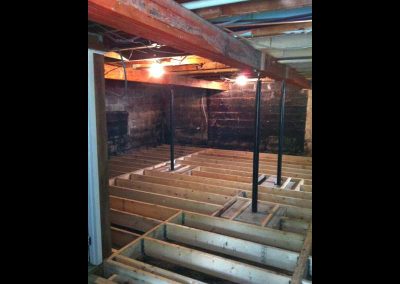 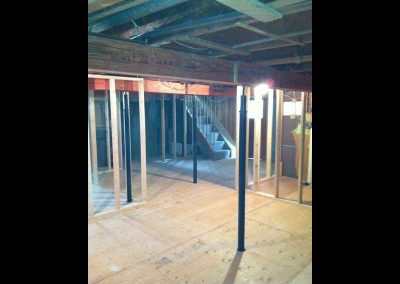 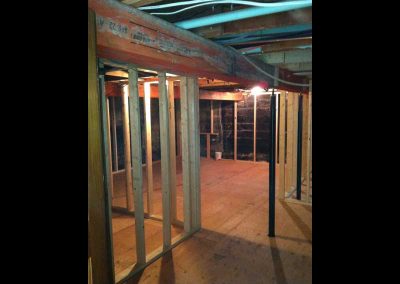 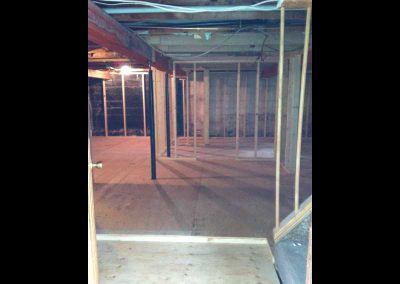 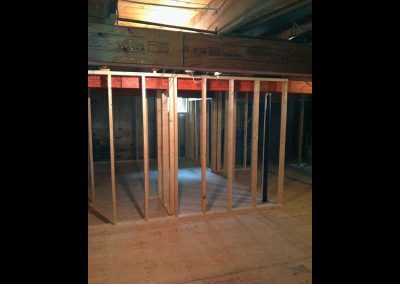 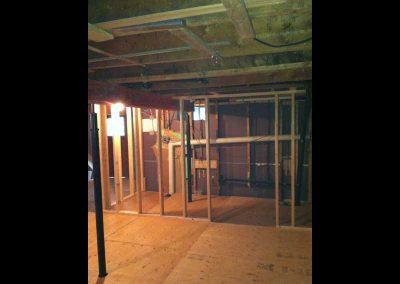 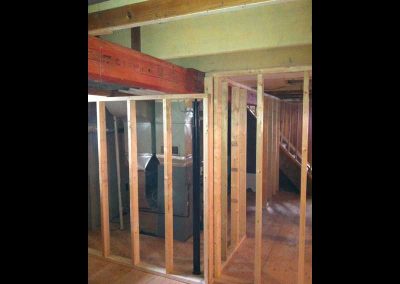 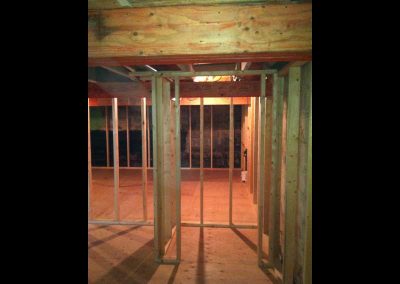 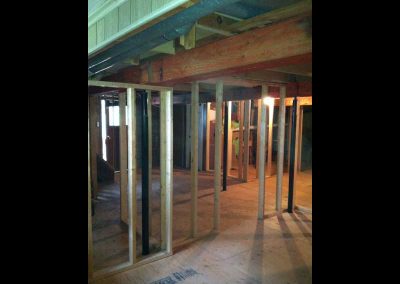 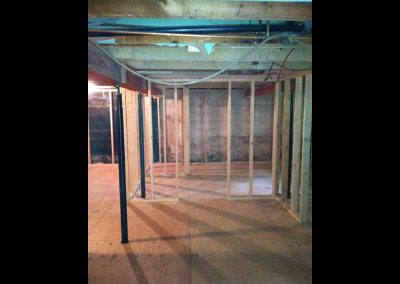 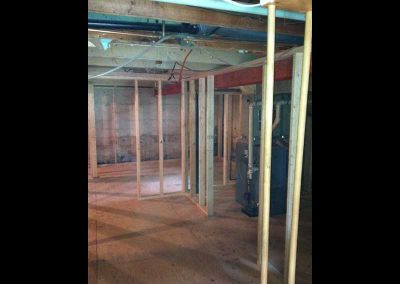 This project was undertaken because the main level of a bungalow floor was caving in due to no structural support. The floors were beginning to sink so much that it was uncomfortable to walk.

The entire main level was supported by one 2″x6″(2ply) beam which rested on two wooden posts and set into the earth. There was no concrete foundation/footing. The posts began to settle into the soil (because there was on concrete floor), which then allowed the floor above to become increasingly out of level.

Trinity assessed the problem with a structural engineer. Once the client had detailed drawings from the engineer Trinity began to remedy the problem.

Trinity installed six footings throughout the basement. Each footing was 2’x2’x12″ created with a partnership of concrete and rebar. Then three separate support beams (3ply) were created out of 2″x8″ LVL beams. These beams were secured to the floor joists and held in place with steel jacks placed directly in the center of the newly constructed footings.

Then the floor was jacked up level. Trinity was able to raise the existing floor approx. 8″ to create a level main floor.

Thankfully the problem was corrected before the floor gave way and collapse to the basement below where an unsuspecting tenant could have been seriously hurt or worse.

More ways to search our projects: